Qixels are becoming ever popular and are a versatile toy that can grow and expand the imagination. They are small pixelated cubes that fuse together with a spray of water, they allow you to create anything from your imagination, simply place, spray with water and they set together creating a masterpiece from your imagination. As well as developing the imagination, manipulating the cubes into a design also helps develop fine motor skills in younger children which helps when they need to start to learn to write in school, so developing whilst having fun.

My son had a set at Christmas and has come up with a variety of masterpieces, and he even creates them to give as a personal birthday present for family members which i think is a lovely idea. The last few days we have been reviewing the Qixels Kingdom Castle Attack play set. 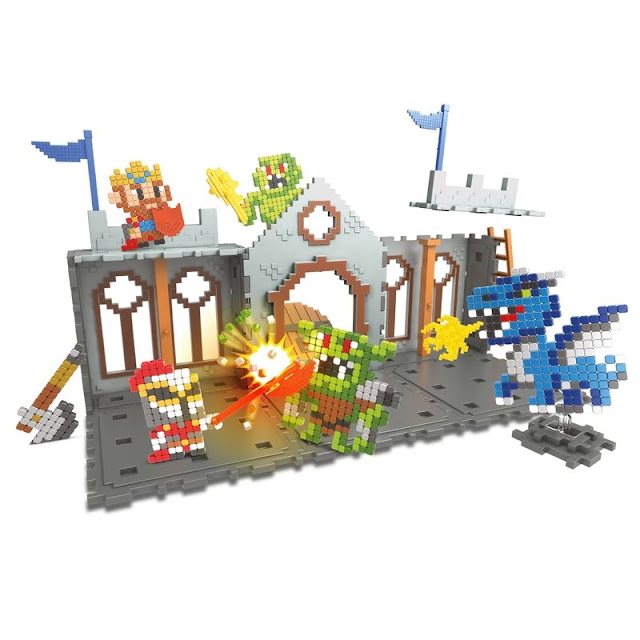 As a Qixel fan he was ecstatic to receive this and was straight into it, for us it was a god send and couldn't have come at a better time as he was off school poorly and it served as a great distraction. Qixels Kingdom set allows you to build your own kingdom one cube at a time, build your castle and expand or change it as you want it, defending against the dragons and ogres with your very own knights. I really like how the set encourages use of the imagination and allows a story to build as you create and expand your kingdom. It kept my son entertained for a good couple of hours as he created and played. We previously have had other brands which needed heat to set them which takes away from the child creating aspect of the toy as this is something they are unable to do themselves and can be frustrating. Qixels are easy, simply spray and set, no heat, no glue, all achievable for the child.
This set has a RRP of £29.99 and is suitable for ages 4+ 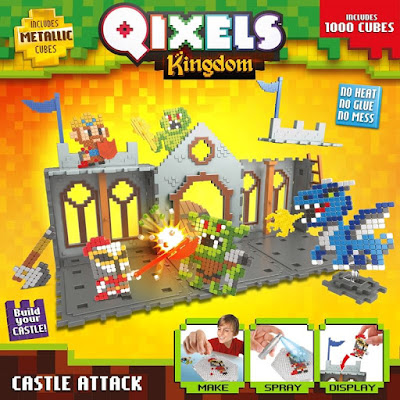 Qixels are an award winning brand and are bought to you by Character options and they have many other sets available to suit any little persons imagination or interest including:

Qixels 3D Maker - Once they have mastered the technique of Qixels children can take their designs to the next level with the 3D. There are a variety of 3D characters to create including aliens, bugs and jungle characters. (RRP £24.99)

Theme Packs - There are so many cool designs to create including Dinosaurs, pirates and even monsters! Once created, these pixelated characters can be used as individual toys to play with or make great a bedroom decoration. (RRP £9.99)

Mega Refill Pack – The fun is as endless as your child’s imagination with the Qixels refill pack, the pack includes 1500 cubes including 750 glow in the dark cubes (RRP £12.99) 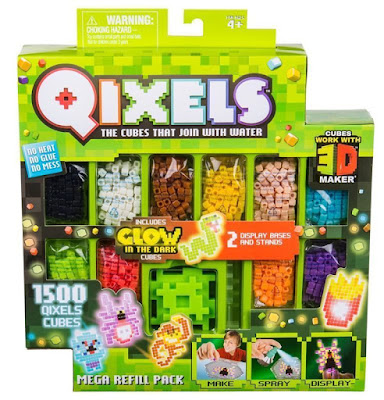 So many hours of fun to be had, simply make, spray and play! visit https://www.character-online.com/ for more information on theme sets and to purchase your set of Qixels, for hours of fun and happy children.