What child does not like a bit of mess, especially if it involves disgusting body functions!! so the new game from Drumond park is sure to be a huge hit with all the youngsters in the family this Xmas. 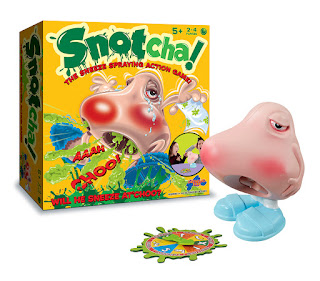 Snotcha is as disgusting as it sounds where players try to avoid being sneezed on, maybe not one for granny but a massive hit with the kids! It is a simple easy game for 2-4 players, ages 5+, with a RRP of £24.99.

Snotcha is a large nose that is filled with water and each player takes turns to press the button the numbers of times indicated on the spinner they have just spun, and fingers crossed you do not cause him to sneeze all over you!, once sneezed upon you are out of the game, play continues until one lucky winner remains that has avoided being sneezed on! Simple but hilarious fun for all the family this festive season. 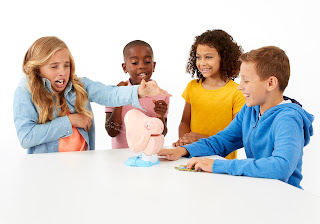 I know my two will absolutely love it as the Xmas lists last year contained similar games relating to body functions!! The simplicity of the game means the youngest at 5 would easily be able to join in and keep up with her brother, I could imagine much laughter and squeals of shock as they got 'snotcha'd' and I could see it being a popular choice on play dates, something they would love to show off to their friends! and that would be a positive change from wanted to share the latest game console games!! 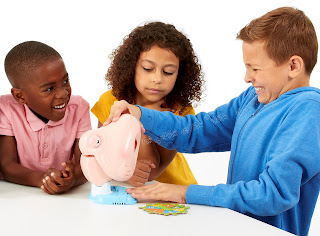 The game is really easy to set up simply fill up the sneeze chamber with water, attach his feet (containing batteries) attach the two sides of his head then place on a dry surface....and away you go.. ready for some messy truly hilarious play.

Once finished simply empty any remaining water out of the chamber and allow to dry thoroughly before packing it away ..until next time.

For a chance to win one of these hilarious games, just in time for Xmas simply enter below