Before children...yes i am sure there was a life before children, we would go off on days out, lazy strolls through historical towns and cities, appreciating the architecture and exploring the countryside, luxurious picnics and eating out at fine restaurants..Ok maybe not quite so cultural or with such expensive tastes but you get my drift...we would see families on our travels and talk about how amazing it will be to do all these amazing fun things on days out with our future children. 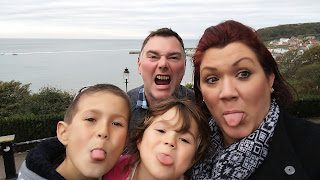 Yep smack in the face with a sledgehammer was what it felt like when we experienced the reality!!!
Our adorable little darlings were like Tasmanian devils let loose...one our first learning curves was not such a day out but merely a trip to the supermarket, how difficult can it be, two of us, two of them, oh how wrong, those automatic doors must emit some kind of red mist. After a half hr of pulling eldest from shelves, under displays, out the fridges and trying to stop the youngest attempting to eat every item placed in the trolley whilst pulling moves sure to get her out of a straight jacket in 5 seconds flat, we were beaten, gave up and got the hell out of there.


Onto a real day out, they will be fine because we are going somewhere fun!!!!
Wrong again, large open spaces with thousands of strangers, a very lively boy and a grumpy girl, such fun, chasing one kid round in circles whilst apologising to the swaying pensioners that he  barged through, and attempting to stop the youngest whining for just two seconds, and heaven forbid you should attempt a photo or worse still someone smile at her, "don't look at me" accompanied by the hard stare (Paddington style) 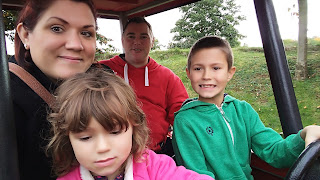 Such a happy face from youngest


Anyway onwards and upwards lets eat, hahaha yes i said eat, well if you can call eating requesting something to promptly refuse to eat the minute it arrives, declare the chefs food disgusting and basically cause such chaos we leave half eaten meals and get the hell out of there....again.


Admittedly it has got easier with time and age, although the youngest is still so fiery and actually rude its embarrassing at times, but as they say that fire will serve her well in later years, that's what i tell myself anyway!!!
Posted by Lorna Harrod at 20:59