For many giving up smoking is a real achievement and undoubtedly a real benefit to their health.
However it is not as easy as just stopping and that's it you have given up, like any addiction it can take many attempts and it requires real will power to see it through.

There are many ways you can try to stop and there is a lot of support to help these days, a visit to the local chemist will give you all the information you will need and professional advice on the most suitable aids to help. 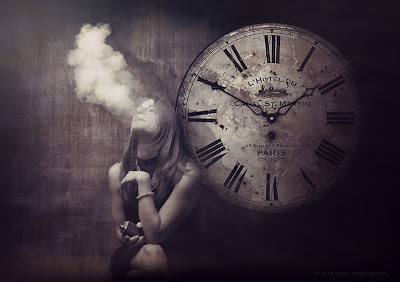 For many the need to do something with their hands is the biggest problem they face, for this reason electronic cigarettes have become very popular to emulate the action of smoking.
'Vaping' gives the smoker choice to continue with the physical comfort of smoking without all of the harmful effects of cigarettes.

If you walk down any high street you will most probably come across vape shops, also at tills in most supermarkets. You can also check out the kits from JacVapour. The company is established as one of the foremost high quality e-cigarette producers and a market leader in terms of vaping technology and industry innovation.

Why not make 2017 the year you make a positive change to your health, social life (and wallet), by switching to vaping? If you're ready to make the switch, but don't know where to get started, JacVapour's range of popular e-cigarette starter kits are ideal for users of all levels of abilities. 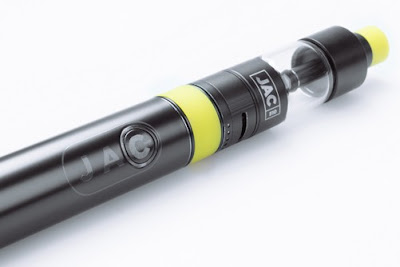 Below are some of the top reasons to make the switch to e-cigarettes, as well as providing all the information new users might need in picking the right device for them, and tools to help you work out just how much you might be able to save.

Improving health is one of the most common reasons users give for making the switch to vaping. Traditional tobacco cigarettes are known to be made up of 3-4000 chemicals, with around 60 of these known to be cancer-causing, or carcinogenic.
Each year, 100,000 people die in the UK as a result of smoking related illnesses, which include cancers, COPD, emphysema and strokes. Countless others live with what are often incredibly severe health problems as a result of smoking tobacco.
In comparison, e-cigarettes haven't been linked with a single death in the UK since their introduction, and they typically contain only around 16 chemicals, none of which are carcinogenic. It's important to also note that e-cigarettes are free from tar and carbon monoxide, two of the most dangerous chemicals found in cigarettes. In August 2015, Public Health England issued a report in which they deemed e-cigarettes to be at least 95% safer to use than tobacco.
COST
Research by Ash estimated that the average smoker in the UK is spends approximately £3000 per year on cigarettes. This is likely to have increased since that figure was published, and will only continue to skyrocket as duty on tobacco increases.
Vaping, in comparison, represents a significant cost saving. Running costs after purchasing a starter kit are primarily for e-liquid and coils, and replacement carts or tanks (as well the occasional battery). With e-liquid available from £3.99 for a 10ml bottle (equivalent to roughly 140 cigarettes), even the heaviest of smokers should see a significant difference in their wallets.
Every vaper is different, and every former smoker will have had varying smoking habits. On average, however, our customers spend approximately £21 per month after switching to e-cigarettes, so huge cost-savings are possible.

Something that almost every vaper notices after switching is the smell (or lack thereof). Regular smokers very quickly get used to the smell of smoke that clings to hair, clothing and furniture. Tobacco smoke will remain in an unventilated space for several hours before settling, which means that the whole room is exposed to the smelly residue.
E-cigarettes emit only vapour, however, which dissipates far more quickly. Any odour present (which is usually minimal in the first place) disappears within seconds. Some e-liquids may have stronger odours than others, but it's possible to mix your own e-liquid flavours to suit, which can help to limit any noticeable smell. As vapour also is free from the tar found in cigarettes, it also has the added advantage of not staining your walls and ceiling that familiar yellow-brown.
After just a few days of switching from smoking to vaping, you will begin to notice the smell of tobacco smoke on other smokers and be glad that you no longer smell the same way.
Smell isn't the only sense affected after making the switch. For most vapers, after the first few days food starts to taste better as their taste buds begin to heal. Smoking has a huge impact on your sense of taste and smell, and as this impact creeps in slowly over time you may not even notice, but you will certainly notice as they return to normal

It should be remembered, however, that vaping does usually mean the continued exposure to nicotine, which as a toxin means that electronic cigarettes can never be deemed 100% safe. Weighed against the known risks associated with smoking, however, vaping represents a far safer and healthier alternative.