The three-day camping festival offers fun for all the family featuring Dick & Dom, The Sooty Show, Basil Brush, an outdoor cinema, storytelling, sports, theatre, workshops, musical performances from the best tribute acts out there including, Rhapsody Queen, Foo5ighters, Top 10 Beatles, Black Magic Little Mix, Only One Direction Tribute and much, much more.

The West Midlands’ summer bonanza, Big Family Festival, is set to return to Dunton Hall in Sutton Coldfield, from Friday 28th – Sunday 30th July with an even bigger and better offering in store. Across multiple areas including an outdoor Main Stage and a workshops’ Den, the Big Family Festival offers a diverse programme of activities and music that the family and children of all ages can enjoy. The fun includes kids’ favourites Dick & Dom, The Sooty Show andBasil Brush; dozens of sports activities such as rounders, a Move With Peppa fitness class and flag football; a rousing lineup of the finest tribute acts out there, starring Rhapsody Queen, Black Magic Little Mix, Foo5ighters andOnly One Direction; model making workshops with Wallace & Gromit creators Aardman Animations, plus an outdoor cinema screening Aardman classics, and much, much more. For parents and grandparents alike, needing to keep the kids entertained this summer, look no further than the Big Family Festival. There are multiple ticket options available to fit varying budgets and timescales, from one-day tickets (adults £10 / children £5) to a three-day family-of-four camping ticket (£148).

The Big Family Festival was created after husband and wife, Angela Hopton and George Kafetzis, struggled to find activities in their local Midlands area to keep their kids occupied in the summer. Left disappointed after trawling the Internet for things to do, they felt there was a gap in the market for a festival focused around kids but which provided plenty of entertainment for adults too. With the help of their two young daughters, Angela and George drew on their experience of staging big dance events, and decided to create their very own family festival.

“We truly feel the Midlands needs something like this, and we want to be the ones to create it for families just like us. We wanted to create something that encompasses all aspects of children’s entertainment in a festival setting, a festival that has children and entertaining them as its main focus. Something that people didn’t have to endure a 3-5 hour motorway journey southbound to find, and something that hopefully, may tempt those further south to travel up a motorway themselves!”

After launch in summer 2016, their unique event instantly gained recognition and received nominations for ‘Best Family Festival’, 'Best New Festival’ and ‘Best Small Festival’ by the UK Festival Awards. The family of four are now back with a brand new event for 2017. 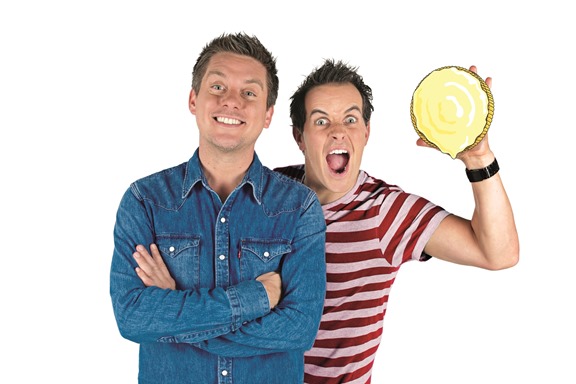 The 2017 Main Stage is guaranteed to create smiling faces with top entertainers like Dick and Dom, The Sooty Showand Basil Brush all at the ready to keep the little ones captivated. Crowds will be also wowed by performances fromBritain’s Got Talent 2016 runner-up - singer Wayne Woodward, and semi-finalists of the same series, mother and daughter duet, singing sensation, Ana & Fia Almanda, plus defying the laws of physics - balloon man, Bruce Airhead.

For the grown-ups, Big Family Festival have rounded up the best tribute acts on the circuit for a musical extravaganza including, Rhapsody Queen, Foo5ighters, Top 10 Beatles, Black Magic Little Mix, Only One Direction Tribute and other top tributes to the likes of Spice Girls, Justin Bieber, Taylor Swift, Elvis Presley, and Jamiroquai. 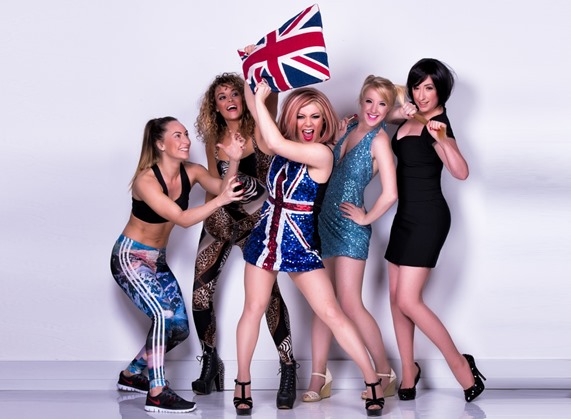 The Big Top Marquee is a melting pot of activities for kids from two to eighteen years, featuring everything from theBlock Steady Ravin Crew and a Moomin Theatre show, to family-friendly comedy, sublime science shows, Jedi workshops, and numerous musical, dance and storytelling workshops with the festival’s official entertainment partner,Razzamataz Theatre Schools.

All weekend along in the ‘Outdoor Theatre’, Razzamataz will be hosting rehearsals that all kids can take part in, culminating in an end-of-festival show in The Big Top on Sunday evening, showing parents what their offspring have been up to all weekend! The outdoor theatre stage is also host to the brand new theatre show, ‘The Acorn Emporium’, from the much-loved Birmingham company, United Artists - expect giant rodents with fluffy tails, music and laughter.

Over in The Den, it will provide endless arts and craft activities for toddlers including a model making workshop withWallace & Gromit creators Aardman Animations, meet-and-greets and book readings with The Gruffalo and Elmer The Elephant, a Frozen sing-a-long karaoke party and pop singing, DJing and hula-hooping workshops.

The Acoustic Stage will also play host to a great range of local and upcoming acts such as Keira Battersby, Papaphone, Matilda Pratt, Will Whisson, Lir Shilton and Sir O, providing a mellow respite from the high energy activities elsewhere.

The Outdoor Cinema will show Aardman classics like Shaun The Sheep, Morph and Wallace & Gromit and many other cartoons, films and shorts. 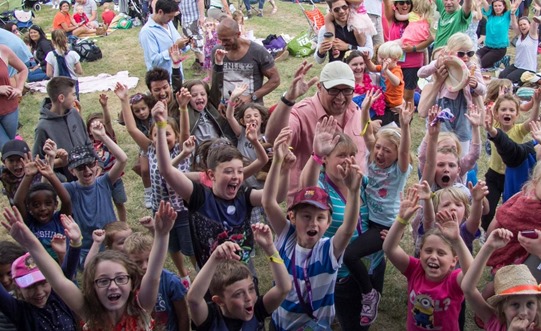 And that’s just for starters! With traditional fairground attractions, licensed bars, a handpicked selection of the finest street food vendors, plus all the camping mod cons, the Big Family Festival offers the full festival experience with each element carefully chosen with the needs of all the family in mind.

Festival attendees are encouraged to look out for Rory the Lion, the official mascot of Drayton Manor Theme Park(official event partner for 2017), who over the weekend will be giving out a variety of fun prizes.

As well as supporting local businesses, the festival also supports and features several local charities. For 2017 it has teamed up with BAT Foundation to showcase its brand new concept table-tennis tables. The tables - which scientific evidence shows can act as an effective, drug free alternative treatment for Alzheimers and Dementia – will be manned by top English Table Tennis players who will play against, and offer up tips to, festival attendees. Attendees can also vote to have a table donated to one local school and one local care home following the event.

While the first Big Family Festival proved a huge success, they’ve been keen to hear feedback and have incorporated many improvements and new measures to make it an even better experience. That means cheaper day tickets, better toilets with 24/7 attendants, more seating, no tokens, loads more activities and shows, more content for older children and teens, drinks available at all food stalls and many more tweaks across the board.