The little mermaid may be 27 years old now but it is still as popular as ever, it is one of Disney's classics that all the family can enjoy and one my youngest watches over and over again.
She loves to dress up in her Disney costumes and is often found role playing pretending to be Ariel and has developed a love of all things mermaid. 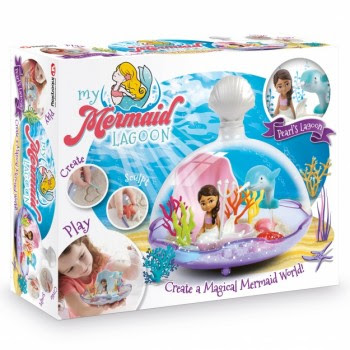 We were really excited to receive the My Mermaid Lagoon, which is a brand new product from Interplay UK. My Mermaid Lagoon allows you to create your very own magical mermaid world. You can mould, sculpture and play with the glittery sand to create your own under the sea scene, adding corals, shells and other accessories included to make an exciting adventure playground for your very own mermaid, all enclosed in a beautiful bottle with a shell shaped stopper. 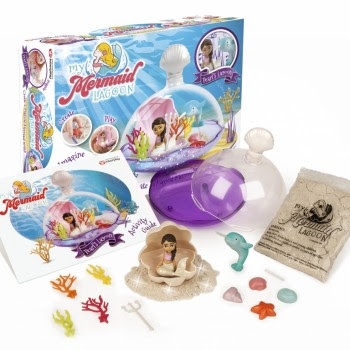 There are three Mermaid Lagoon sets to choose from Coral, Pearl and Marina and have a RRP of £16.99 aimed at age 4+. We were sent Coral who sits snuggly inside her clamshell and can be carried neatly in your pocket to allow for play on the go. 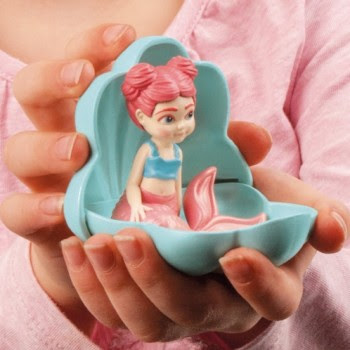 Our Mermaid Lagoon was a real hit, not only was she able to play with Coral and create her very own under the sea world inside the bottle base she was also able to pop her in the clamshell and take her with us out and about. She really loved creating Corals home, as this gave an extra imaginative element to the toy rather than just pick up and play. It was lovely to sit and hear her recreating scenes from The Little Mermaid but also creating her own stories using Coral as an extra character. I think that Pearl and Marina may well be on the Xmas wish list so she can have her very own mermaid village. For me it was nice not to have a big bulky toy that takes an age to put together and take apart once finished and something that she was able to sit and enjoy without any need for me to help set up.