Sophie is no ordinary barber; the 27-year old was crowned the best wet shaving barber in Wales in 2017 before being invited onto This Morning with Piers Morgan, where she shaved weatherman Alex Beresford live on air. She has also graced the pages of the Daily Mirror, Daily Mail, Daily Express and even the BBC homepage.

Sophie, from Soph's Barbers in Llanbedr, Ardudwy has had to overcome a number of challenges throughout her eight-year career, starting with the fact that many close to Sophie told her she would never make it as a barber as at the time it was very much perceived to be a male dominated industry. She also had to deal with he embarrassment of a number of male customers simply refusing to allow her to cut their hair as she was a woman (of course the vast majority have since returned and are now happy clients). 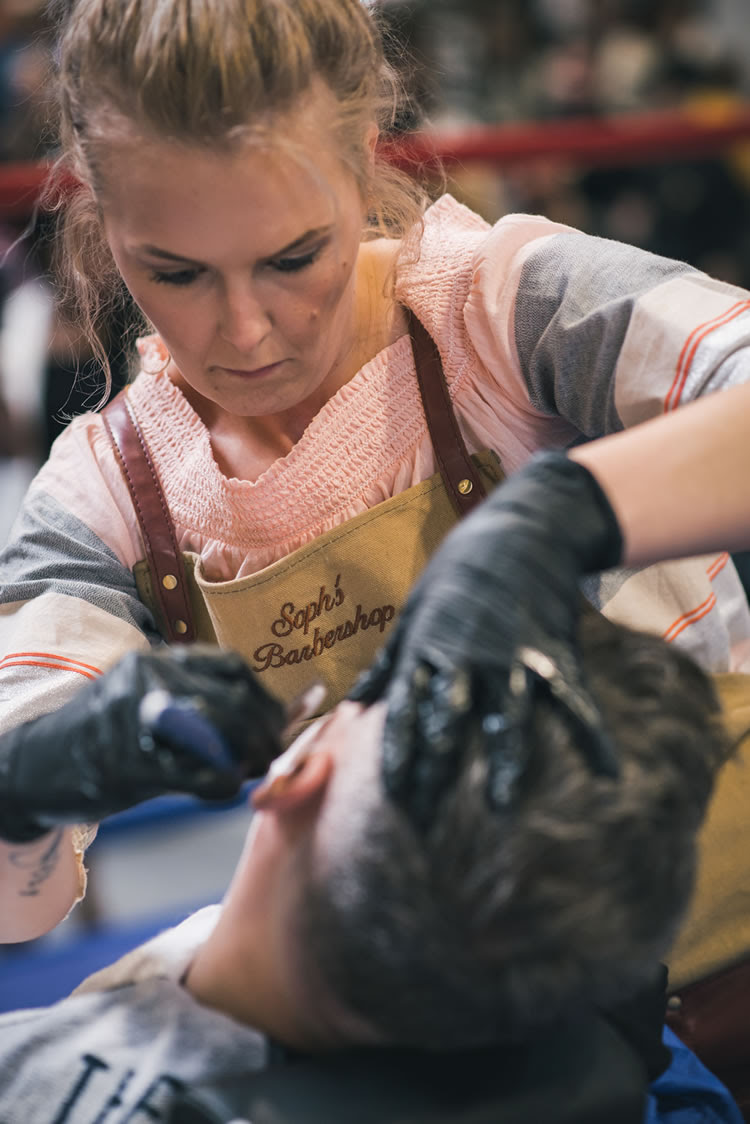 Fortunately, with the success of the likes of Sophie, the industry is changing and the number of female barbers in the UK is rising at a rapid level, helped by improving standards and changing male attitudes. Statistics from The Bluebeards Revenge male grooming brand have even revealed that more women than ever are visiting barbershops (for shorter, edgy cuts) over traditional hairdressing salons.

Sophie’s success has attracted the interest from The Bluebeards Revenge, who she is now an official ambassador for. As part of her agreement with the brand, she uses her knowledge to help them develop new products, understand market trends, whilst representing the company at live shows and events.

Barbering is currently enjoying a remarkable renaissance here in the UK, with statistics showing that barbershops are outperforming beauty salons, nail bars and health clubs when it comes to opening the most retail stores.

The Local Data Company’s Retail and Leisure Trends Report 2017/2018 found that barbershops also outgrew other retail businesses such as restaurants, bars, tobacconists, café and tearooms, pizza takeaways, coffee shops and mobile phone stores. These findings follow a survey from The Bluebeards Revenge which showed 95% of men still visit the high street to go to their barbershop or hairdresser. You could say that barbershops are now the last hope to save the much troubled high street. Looking ahead, Sophie, who is also a keen motorcyclist and competes at a national level, wants to use her achievements to encourage even more females into the industry. According to Sophie, barbering is a fantastic occupation as it gives you the opportunity to be your own boss, travel abroad, interact with others on a daily basis, work with fashion shows, share your creativity with the world and actually make some very good money (the industry is perceived to be low paid but a good barber can earn anywhere between £40k and £60k).

I think what we can take from Sophie's story is to go after your dreams and not let people tell you that you can't, good luck Sophie for future goals both in the barber shop and on the track!