We are heading off for some much needed sunshine over half term, up until now we have opted to stay in the UK and have done caravan holidays at various different holiday parks. The cost has increased every time with the van rental, entertainment passes, food, eating out, spends for on site activities, the arcade, days out etc, so we compared and found it not much more expensive to book a week all inclusive abroad, so that was that who wouldn't choose a warmer climate for a week. 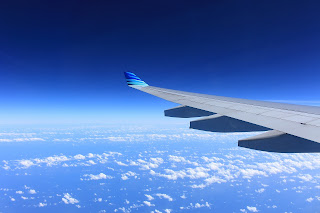 The only worry is the eldest hated flying when I took them abroad for the first time last summer, he had been really looking forward to it as had been up in a light aircraft and loved that, however I think he got a little bit claustrophobic and panicked when saw the amount of people on board in such a confined space, he is also very practical minded so was asking how the plane stays up with the weight of the huge plane and all the people in it. It really was a difficult first half hour of the flight as he begged for me to get the pilot to land so we could get off, thankfully he settled slightly once up and calm.
The return flight was slightly better as it was a night flight and he was soon sleeping although he had a few wobbles and tears, I think knowing it was the only way to get home was the only reason he willingly got on the plane.

I wondered if it is fair to put him through the flight again knowing he was scared but I feel if we avoid it now it will create a lifelong fear of flying which I think/ hope will be overcome with this holiday.
My plan is to pack an activity bag to keep him distracted, download his favourite shows onto his tablet, pack some games we can play in our seats, lots of snacks and some books as he is still loving reading, Dad has been warned not to talk him through what is happening at take off etc as that has potential to scare him more! 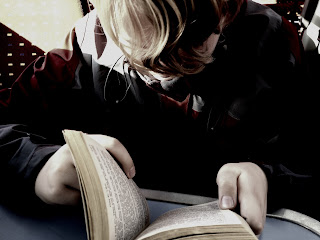 Hopefully this will help him overcome his fear and mean more sunshine holidays in the future, although memories of October/ February half terms in a caravan will hold a special place in my heart.
Posted by Lorna Harrod at 18:07